The History of Jetty 2 Jetty

The History of Jetty 2 Jetty

In 2019, the Jetty 2 Jetty Fun Run marks 33 years since the very first event. The race has a rich history on the Redcliffe Peninsula growing from a small group of 120 runners to a massive 4000+ competitors. In 2018, the Jetty 2 Jetty recorded it's first ever sold out race!

As the Jetty 2 Jetty fun run has continued to grow year after year, changes have been made to keep up with growth and ensure more people can continue to join Queensland's most scenic fun run.

Continue reading to learn a brief history of the race from where it began in 1986 to now: 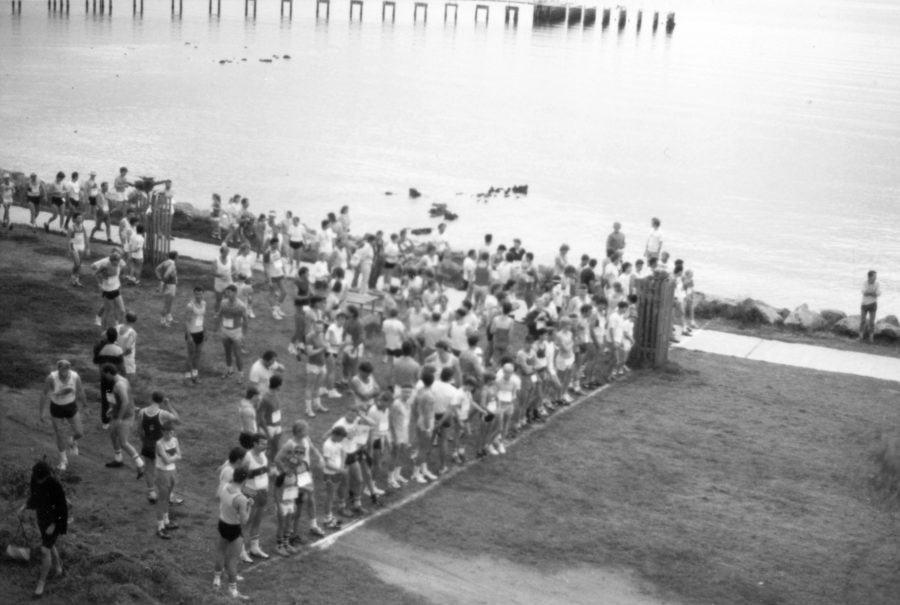 In 1986, the Moreton Bay Road Runners (MBRR) quickly picked up on the growing success of fun runs and organised their own fun run - the Jetty 2 Jetty Fun Run.

There were 120 entrants in this inaugural run, which started at Rotary Park (just north of the Redcliffe Jetty) and went 4.75km south to Woody Point Jetty and back.

The Apex Club and the MBRR combined resources to organise the event, with all proceeds from this and the subsequent 10 years of fun runs donated to the Redcliffe Little Athletics Club.

The start line which can be seen in the photo above, was simply a painted line on the grass where Settlement Cove now occupies.

The route of the Jetty 2 Jetty Fun Run changed in 1993, starting and finishing at Bicentennial Park, Clontarf, as it was decided that Rotary Park was too small to cater for the growing number of fun runners.

This new route took runners over the old Hornibrook Bridge south to Brighton and back again.

In 1999, the MBRR committee decided that the fun run was growing beyond the human and financial resources of the club, so the Jetty 2 Jetty Fun Run was offered to Ray Event Management, a part of United Sports Management who assisted the club to organise the event.

After the success at Bicentennial Park, the Seabrae Hotel (now occupied by Mon Komo), became a major sponsor and the race was shifted from Bicentennial Park to Settlement Cove area, where the run then went south to the Woody Point Jetty, and returned north again. For the first time the organisers were able to get the roads closed for the duration of the event.

Three years after the move to Woody Point, a Half Marathon was added to the existing 3, 5, and 10km events. 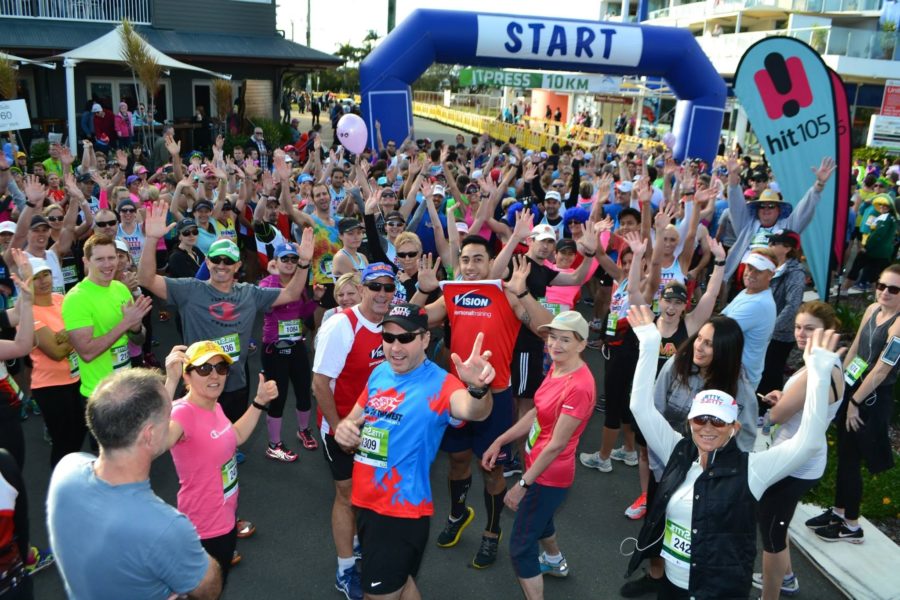 In 2015, as the race continued to grow Moreton Bay Region Industry and Tourism (MBRIT) was awarded as the new Event Management Team to coordinate the event alongside the MBRR.

The first Healthy Living Expo was launched in 2015. This additional experience added more atmosphere for runners and their families at the start/finish zone with the opportunity to browse a range of health services, active wear, footwear and personal training groups in the Healthy Living Expo. 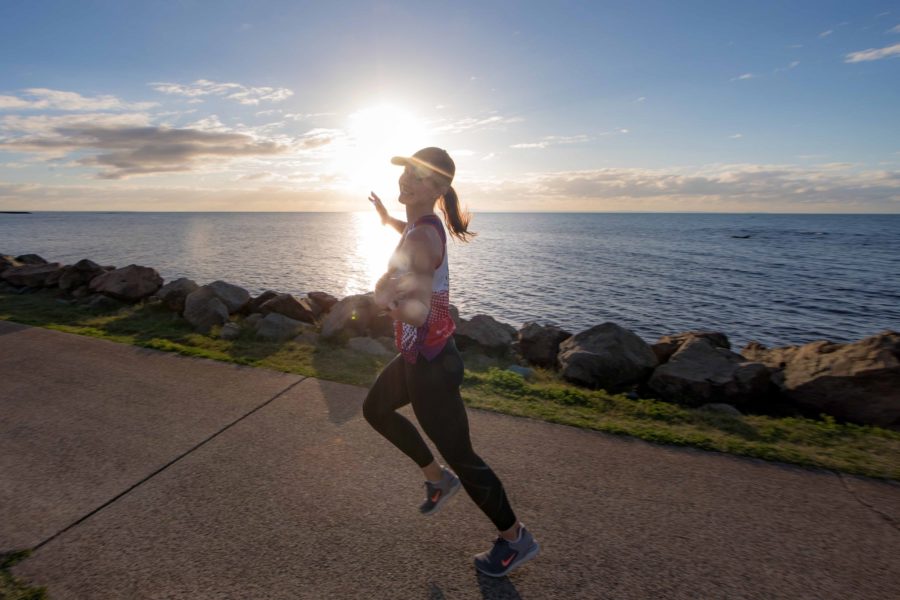 The Jetty 2 Jetty Fun Run now stands alone as the longest running fun run in South East Queensland and we now have in excess of 4,000 starters, a far cry from the first Jetty to Jetty! MBRIT continue to work closely with the MBRR to coordinate the organisation of the fun run, with the race growing in popularity every year.

After a sold-out 2018 event, race organisers made the decision to relocate the start/finish line to Pelican Park, Clontarf. This park allows competitors a much larger area to enjoy before and after their race.

With the growing popularity of the race, runners are urged to register early if they want to secure a place in the 2019 race! Register here 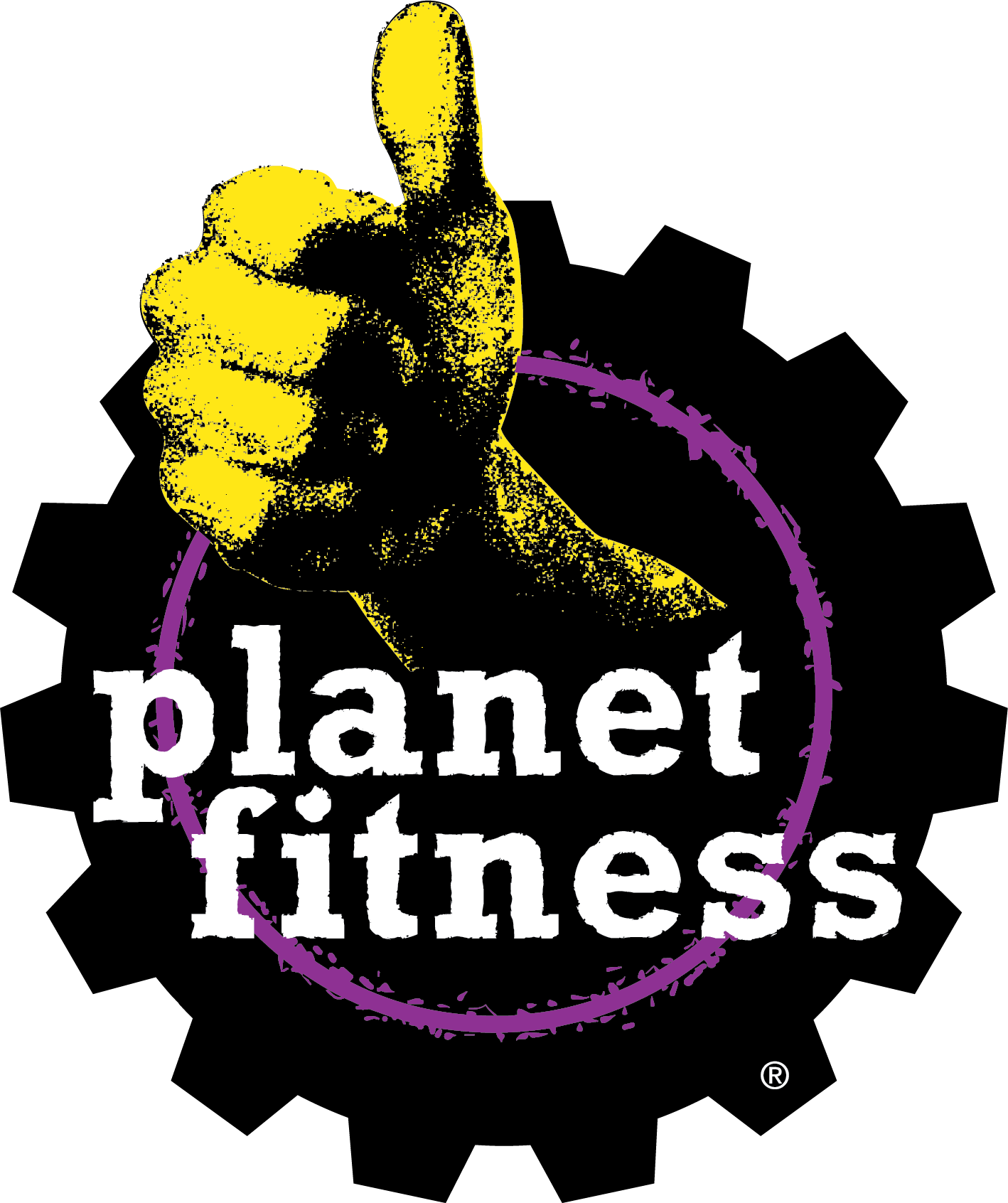